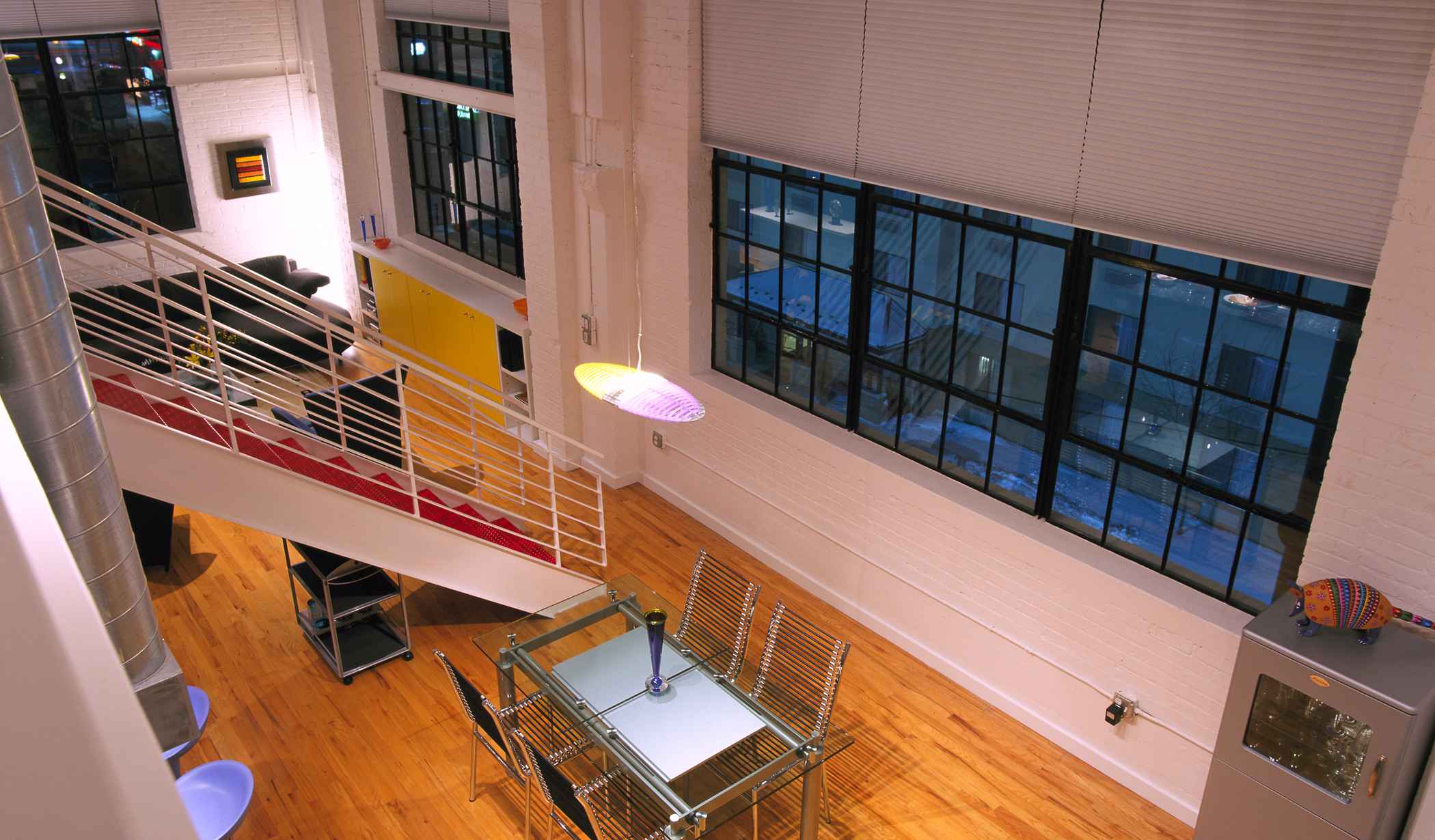 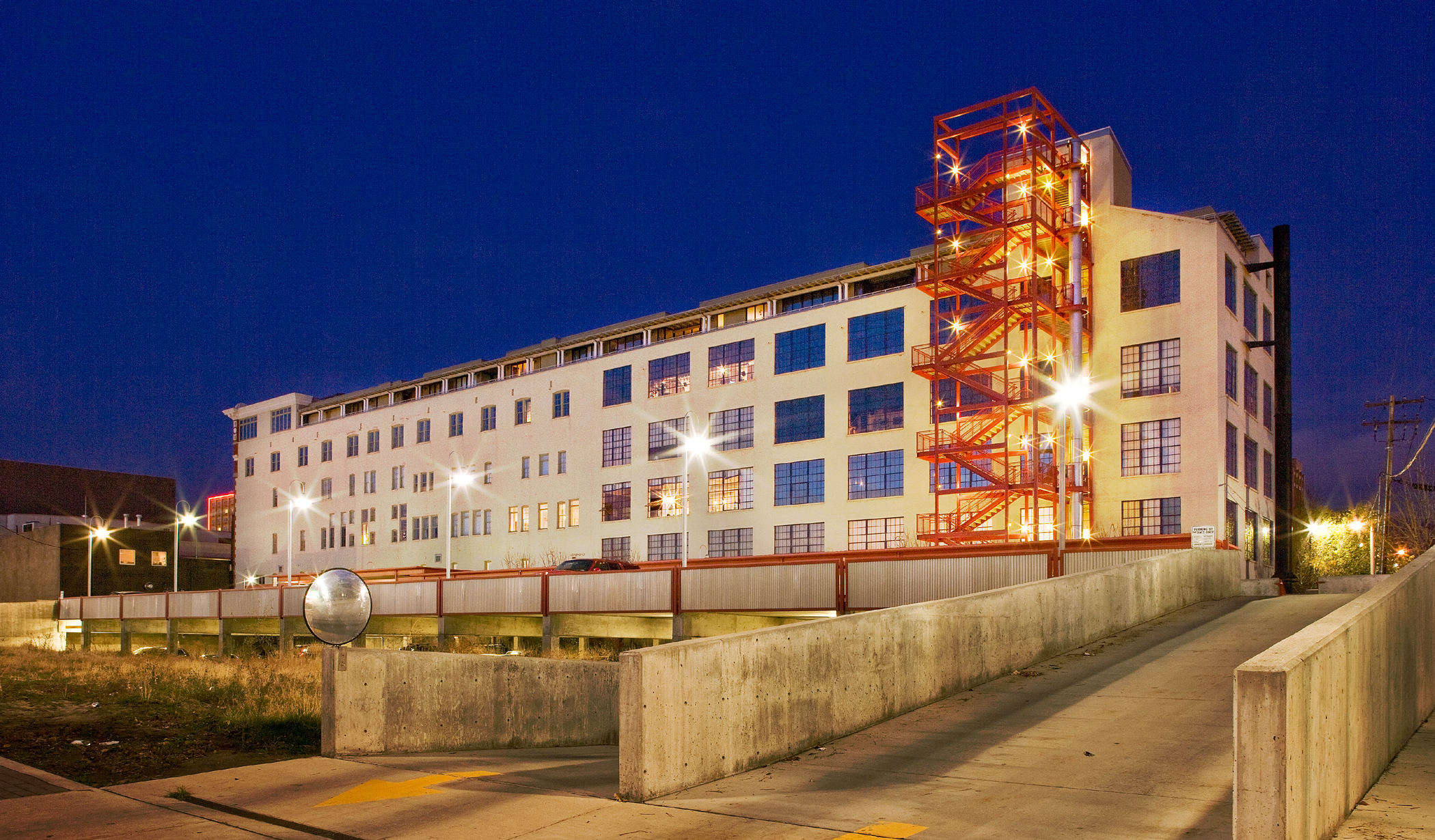 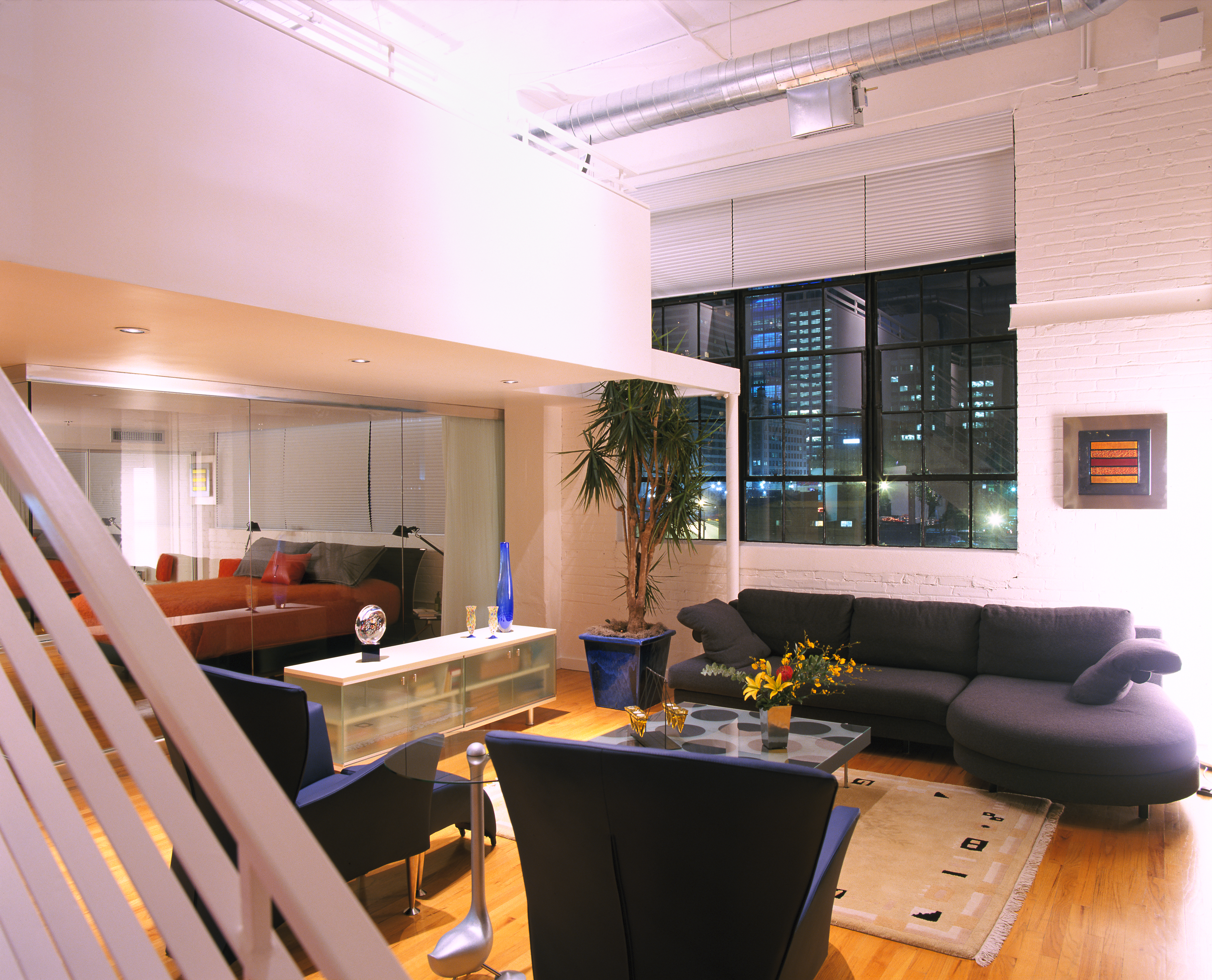 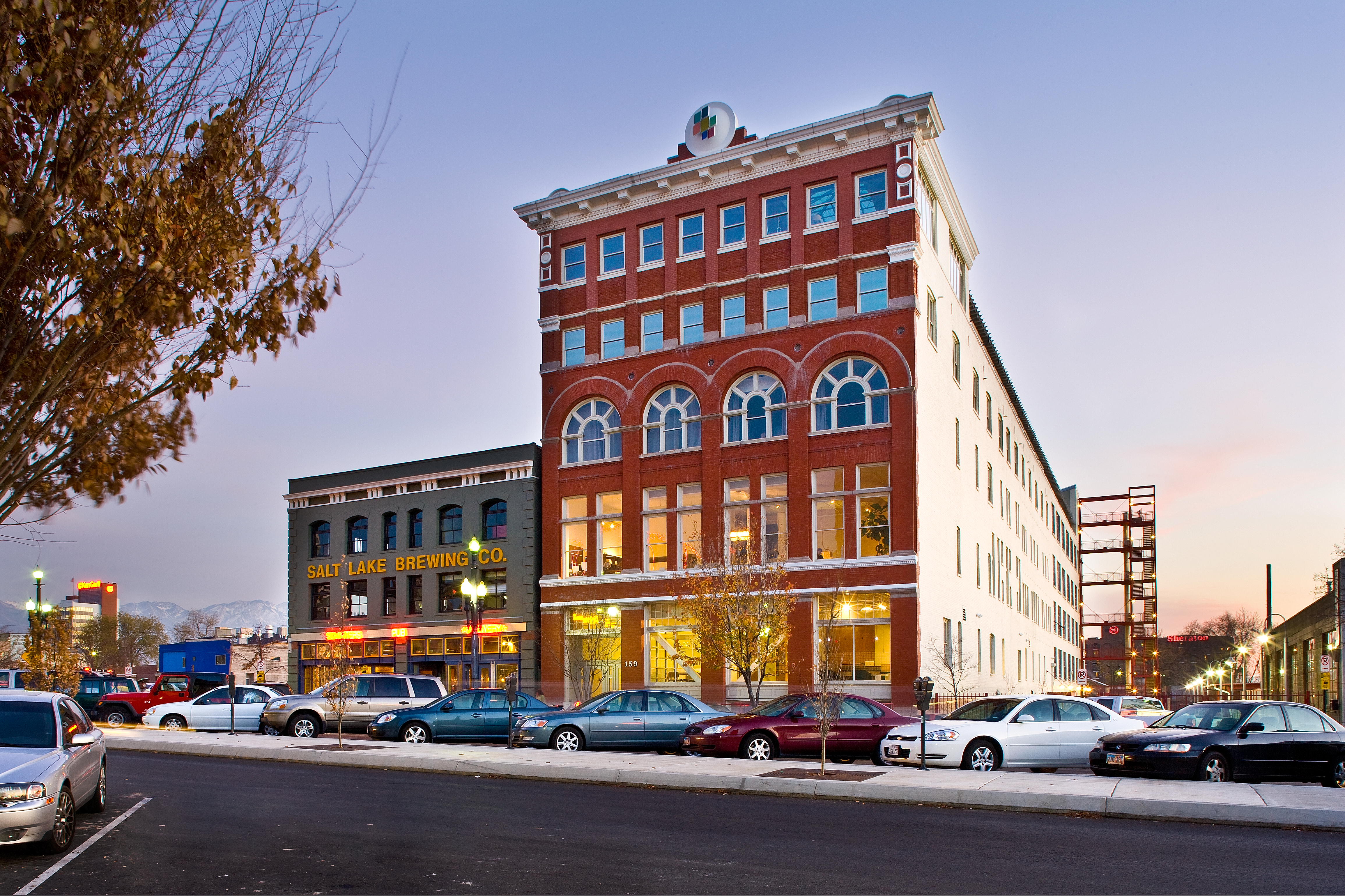 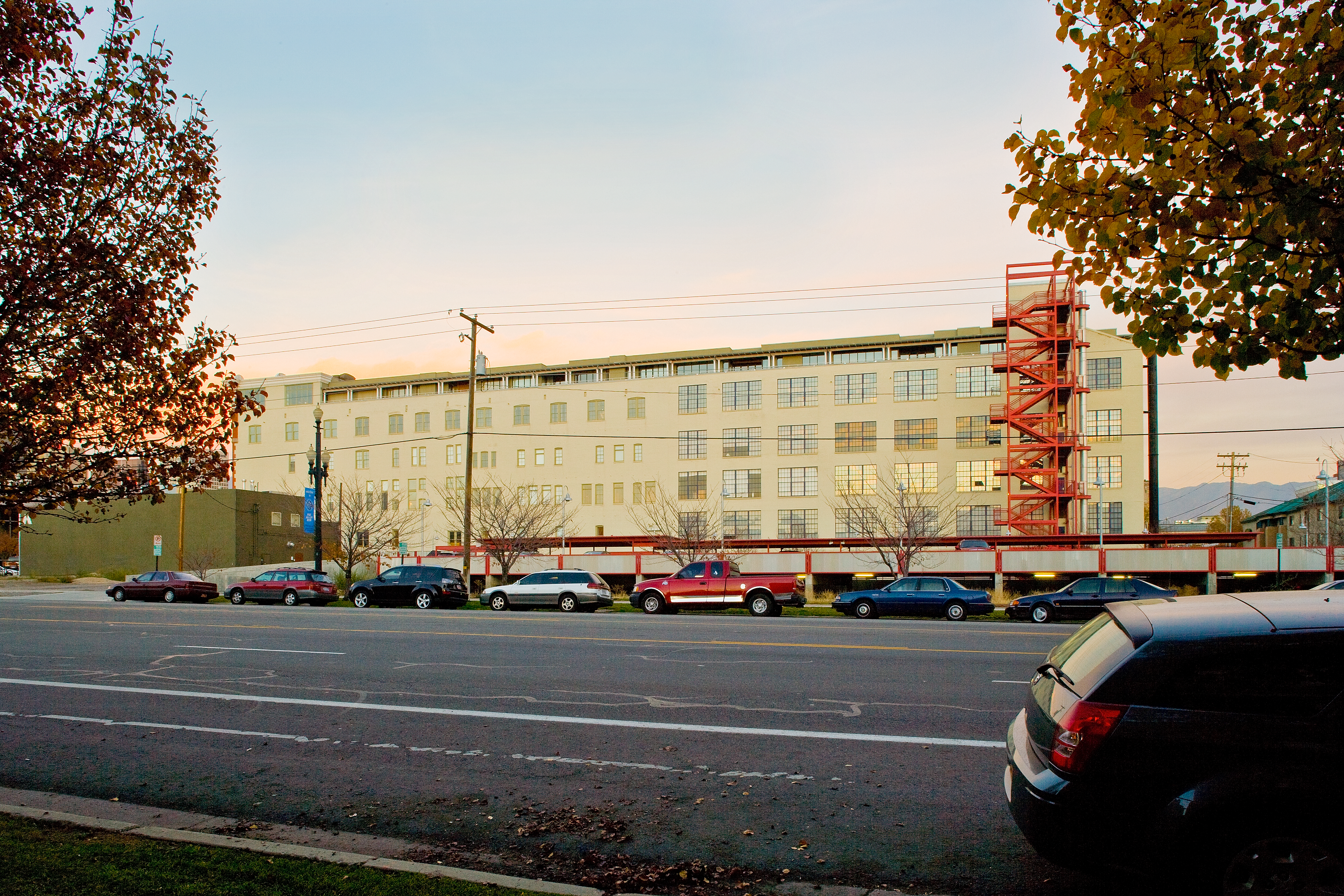 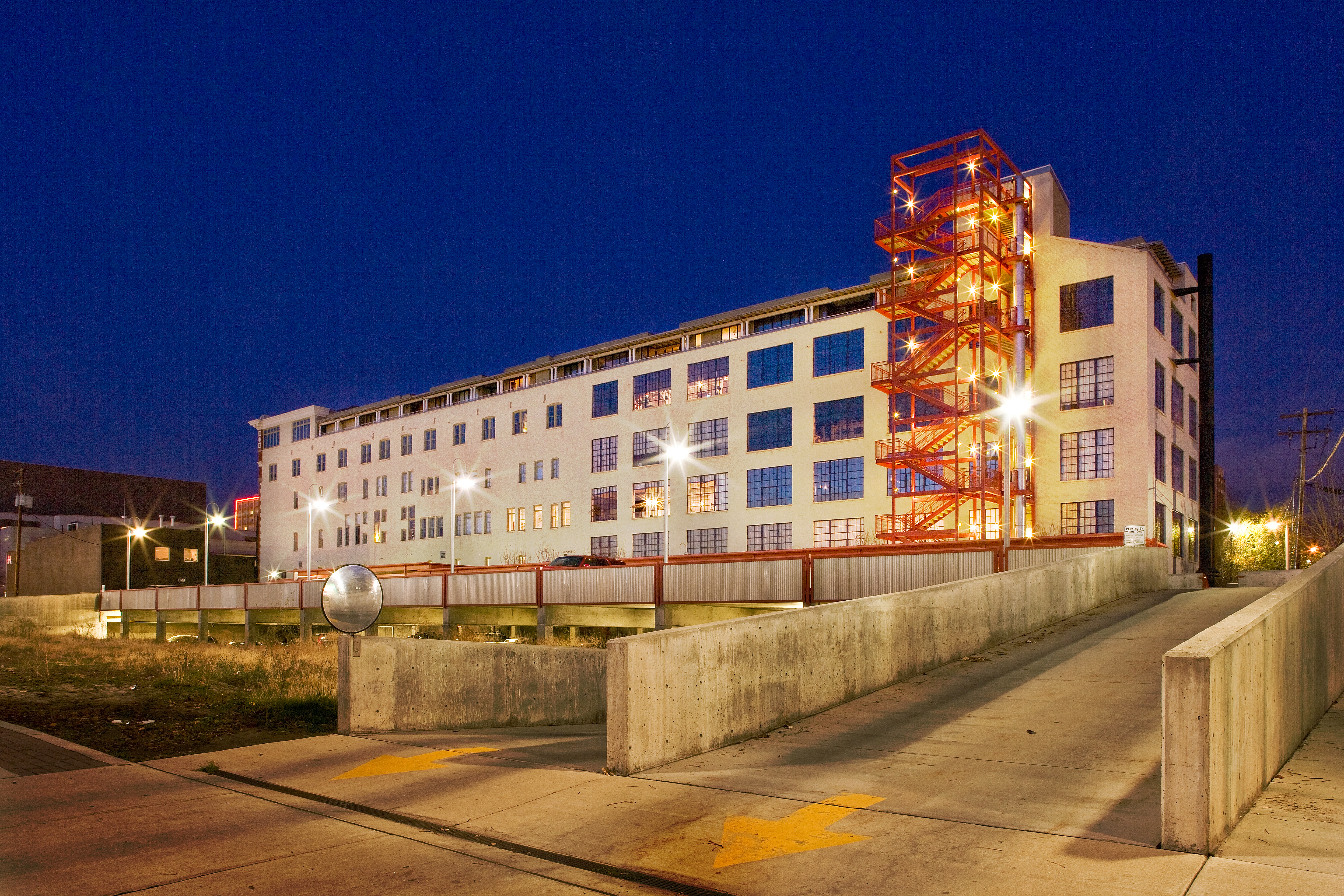 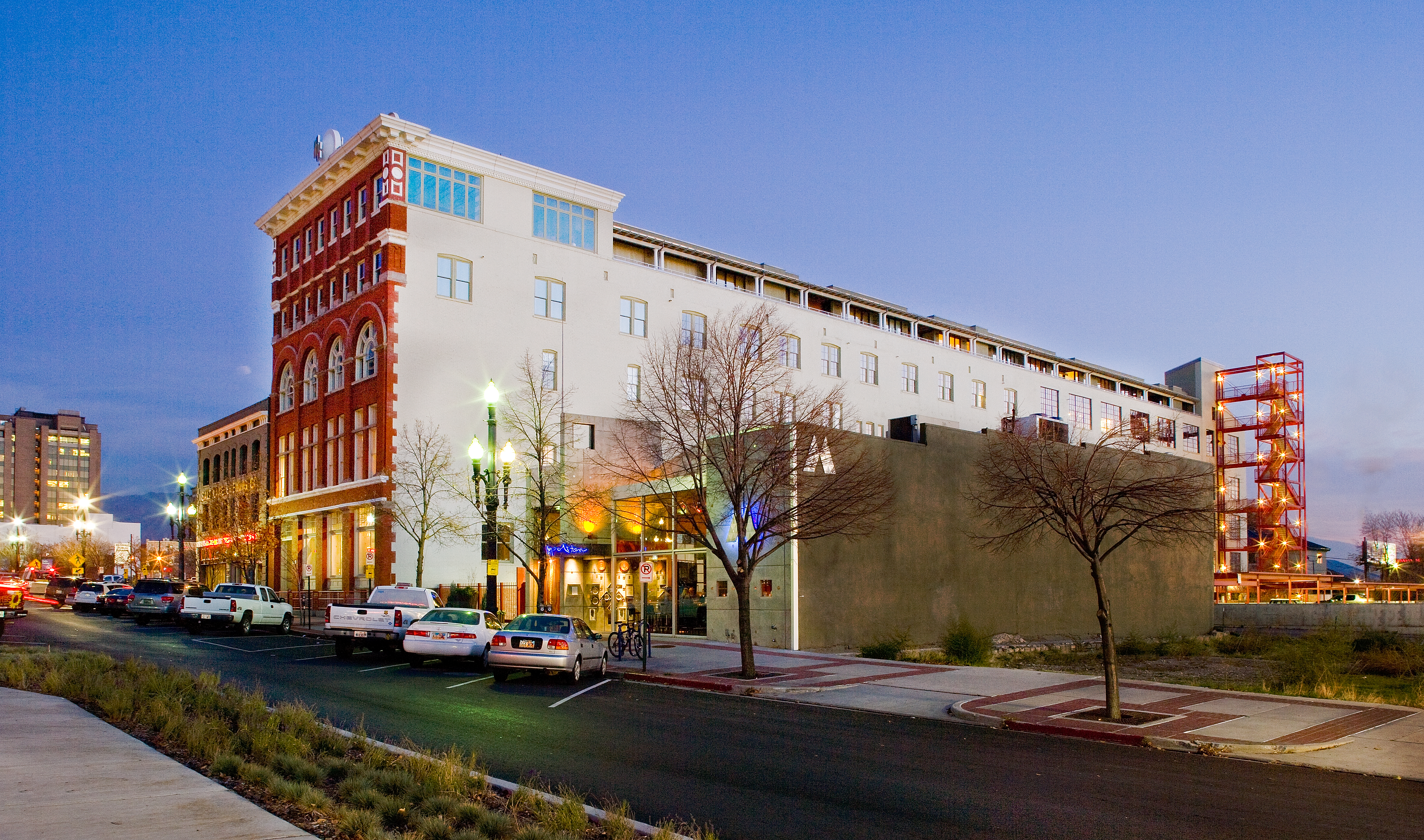 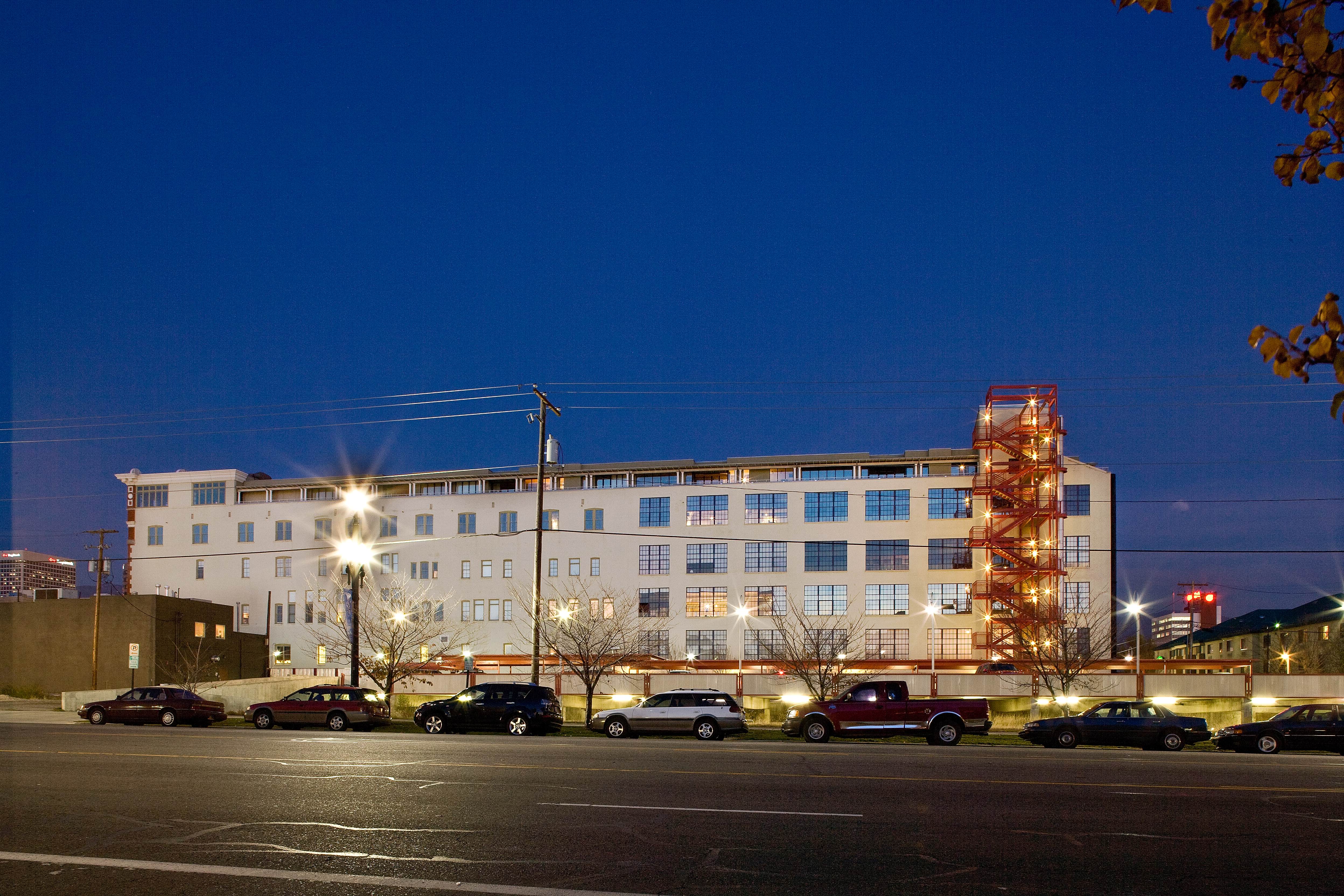 Project Description:
Beginning life in the latter part of the nineteenth- century as the J.G. MacDonald Chocolate Factory, this historical building in downtown Salt Lake City was twice added onto in the early twentieth-century.

Research at the State Department of History showed that the front building had originally been one story higher with a prominent cornice overhanging the street and behind this story had been a “world renowned” roof garden. A renewed interest in urban living a few years ago encouraged Westside Associates of Salt Lake City to undertake the conversion of the building to a residential, mixed-use project. Today, the Broadway Lofts is one of the pioneers in urban loft buildings in this city. Of the fifty-four units, no two are alike, varying from small live-work apartments on a new mid-block “street” to the west, to large penthouse units built on the top of the original building. This penthouse floor was designed to appear as the original roof garden, and has become a crowning beacon in the city’s night sky. The missing story and cornice were added to the front portion of the building.

Because the chocolate factory was built in three stages, the character of the apartments changed markedly as one moved from heavy timber framing with smaller windows in thick masonry walls to the rear of the building which was reinforced concrete with large grided steel factory windows that filled entire walls. The apartments were designed as true lofts, with bathrooms as the only enclosed places. Mechanical systems, ducting, and electrical wiring conduits remained exposed to compliment the structural elements. The main floor space on Broadway became the office of W Communications, a vital, young public relations/advertising firm which added significantly to the animation of Broadway. A steel stair tower was added to the rear of the building. It was designed to act as a terminus to the mid-block “streets” serving the adjacent parking structure and the live-work units. The entrance to the lofts was changed to face this new street which will eventually connect to 2nd West Street.